Whomst that is, the hell?

Under house arrest due to quarantine

Baku is the protagonist and MAIN character in Sethical's Youtube series, Baku. He made his debut in S1E1, Boneless Pizza, with Schnitzel. He has appeared in every episode of the main series since then. Baku is one of the strongest characters in the series, being put in A tier by Sethical himself.[1]

Baku's character can be described as laid back and bored as shown in most episodes of the series, which fuels his urge to instigate problems with other characters (mainly in food services since the first episode of the series.) There have been many a time in the series that he's made prank phone calls to restaurants (and even visited them personally) to make unusual orders for the purposes of annoying the person being called (boneless pizza in the first episode, ordering food without meat, cheese, nor vegetables leaving just the bread, and so forth.)

As shown in season 1 episode 5, he might feel uneasy when his prank calls are taken seriously by the person he has called due in part to a lack of instigation taking place.

His relaxed demeanor comes with a darker side; his patience can quickly be diminished. This is shown in situations where other characters call him that shouldn't even know his phone number, one prominent example being Lil' Broomstick, whom like other strangers that called him, pretends to have known him for a long time and acts like they're friends.

His anger and impatience is often highlighted by his tendency to yell so loud that it can be deafening to those in earshot. Nonetheless, he shares this tendency with other characters who in turn become very impatient with Baku's prank calls.

As shown in the first season, Baku's patience can also be worn down by calls from debt collectors at banks and has actually admitted to committing tax evasion in later episodes of the series. This tax evasion is implied to come from his own sense of justice that involves spending his money however he pleases and not use to pay taxes. In season one, episode four, it's through dialogue that reveals that this episode wasn't the first time he's had a debt collector get in contact with him.

As established in the first season, Baku's interest lies in getting the latest cell phone and collecting shoes. His interests go so far as to urge him to call a shoe store in the finale of season one; after "persuading" a member of staff to look for a certain pair of shoes, he actually happens to find the pair Baku was looking for to the latter's surprise and satisfaction.

In season two, it's revealed that Baku's been working in the food service industry and decides to quit after dealing with an unruly customer and has said that he's hated his job before his encounter with said customer. It can be said that his prank calls to restaurants could be his way of taking out his anger on the food service industry itself since he always called them out for "not being shit."

Baku can also be shown to be somewhat selfish as demonstrated in season two episode six. In this episode he gets a new XBOX; however, the username he wants had been taken and used by another player for seventeen years. Instead of choosing a new username, he goes to considerable lengths for the username he wants; by the end, he gets the username to the potential confusion to the user who's always had it.

Baku was temporarily imprisoned, but sent out early months later because of coronavirus.

Police officers (Came back through their special glasses, which allows them to see in 3 dimensions)

Roger (brought back by Obito in "Supreme Court")

Dr.Mario (Can survive due to extra lives) 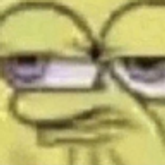